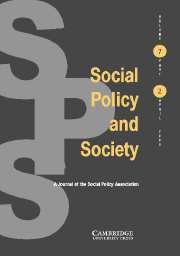 Themed Section on Choice or voice