I like the challenge of research—trying to make new materials, then understanding why they behave the way they do. It’s a continual puzzle-solving process.

Julia Randall Weertman, Walter P. Murphy Professor Emerita of Materials Science and Engineering at Northwestern University, a towering presence in the field of materials, passed away in Evanston, Ill., in July. Weertman received her bachelor’s, master’s, and PhD degrees in physics from the Carnegie Institute of Technology (now Carnegie Mellon University in Pittsburgh), where she was the first woman admitted to the College of Science and Engineering. 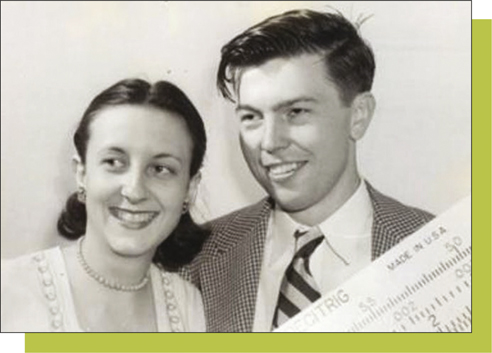 Julia and her husband, materials scientist and geophysicist Johannes (Hans) Weertman, both completed postdoctoral work at the École Normale Supérieure in Paris. They then moved to Washington, DC, in 1952 to take up jobs at the US Naval Research Laboratory, where Julia worked on problems concerning magnetism. In 1959, Hans took a job as an associate professor at Northwestern, while Julia remained at home to care for her family, later joining Hans in 1972 as an assistant professor of materials science. She was the first female materials science professor on Northwestern’s faculty, where she would dedicate her career to the field for 45 years. She also became the first female chair of a materials science department in 1987.

Julia has made many contributions to understanding the basic deformation processes and failure mechanisms in a wide class of materials, from nanocrystalline metals to high-temperature structural alloys. She broke ground by using neutrons to study cavitation and damage during the deformation of metals. These small-angle neutron-scattering techniques offered a new view of cavitation, providing size and shape information on micrometer-sized cavities in a nondestructive manner. Julia subsequently explored nanocrystalline metals—long before “nano” became big in materials science. She explored the unique mechanical behavior of materials where grain boundaries dictate and dominate their strength and deformation characteristics.

Her career was marked with many honors. She received the Materials Research Society (MRS) Von Hippel Award in 2003 (the Society’s highest honor; she was the first female recipient), the ASM International Gold Medal in 2005, a Leadership Award from The Minerals, Metals & Materials Society (TMS), and a Distinguished Engineering Educator Award from the Society of Women Engineers. In 2014, the American Association of Engineering Societies awarded Julia the John Fritz Medal for her role in studying materials and for inspiring generations of women to pursue careers in science. In addition, the Materials Science Department at Northwestern created a graduate fellowship in the names of Julia and Hans.

Julia was an inspiration to female graduate students, and her influence in this arena extended well beyond Northwestern to the broader materials community. She also worked on women’s issues beyond science, in line with her belief that scientists have a responsibility to improve society.

It was with great sadness that we learned that Hans also passed away recently on October 13, less than three months after Julia’s passing. They had been married for more than 68 years. They met in Julia’s first year of graduate school when she was a teaching assistant for a physics class in which Hans was a student. Hans also received his bachelor’s and PhD degrees from the Carnegie Institute of Technology. Julia has acknowledged Han’s enthusiastic support and encouragement throughout her career.

Julia and Hans served as advisors to ∼60 PhD students. They were elected to the National Academy of Engineering, and inducted as Fellows of the American Academy of Arts & Sciences and Fellows of the John Simon Guggenheim Memorial Foundation. They were both Fellows of several Societies. The TMS Julia and Johannes Weertman Educator Award was created in their honor. Hans has an island named for him—Weertman Island—in Antarctica in honor of his studies in glaciology. Julia was also an active member of the MRS Bulletin Editorial Board for many years.

The Weertmans co-wrote a book, Elementary Dislocation Theory, first published in 1964, which was the first book on dislocation theory that specifically focused on educating advanced undergraduate level students. Many in the materials community fondly remember reading this text in their undergraduate or early graduate school years, and it remains on the bookshelves of many. 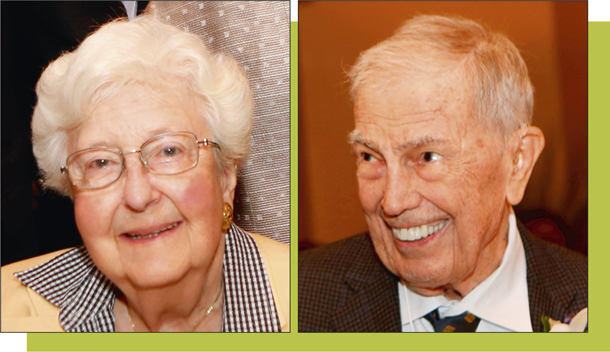 The following article, titled “What’s Keeping Women Out of Technical Careers?” by Julia Weertman, was published in the August 1992 issue of MRS Bulletin. It demonstrates her deep interest and passion for promoting women scientists and engineers, especially in materials science and engineering, for which she is remembered today. With her many “firsts” as a female materials researcher, she is the right voice for this article and topic. The article still feels fresh after 26 years, and the issues discussed remain relevant today. 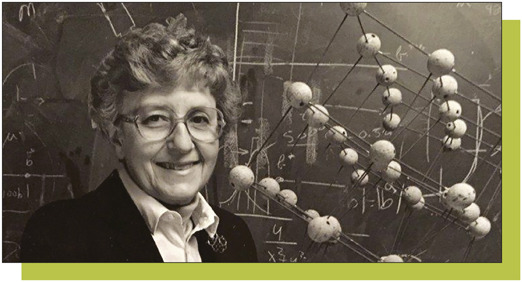