Latest issue of Language in Society 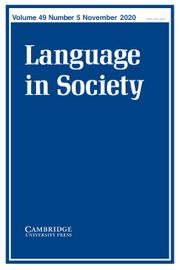