Journal of Race, Ethnicity, and Politics 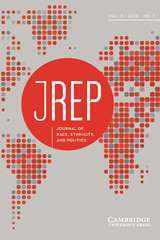