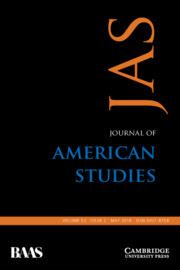 Forum: The US South and the Black Atlantic