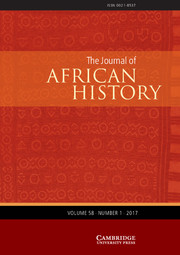 An Ethiopian Catholic in the Early Modern African Diaspora