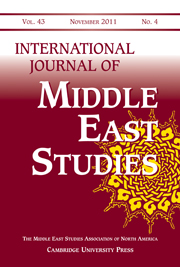 Theory and Arabic Literature in the United States