After an incident, bystanders are usually the first people to arrive at the scene,Reference Khorasani-Zavareh, Khankeh and Mohammadi 1 , Reference Pelinka, Thierbach and Reuter 2 and for various reasons they gather around it. The presence and interventions of the people at the scene of the event have different effects on relief and assistance to the victims. Sometimes they act as facilitators (calling relief agencies, helping the victims, and helping relief forces) and sometimes they act as a barrier (unnecessary gathering at the scene of an incident can prevent immediate relief and lead to a new crash).Reference Khorasani-Zavareh, Khankeh and Mohammadi 1 , Reference Haghparast-Bidgoli, Hasselberg and Khankeh 3 - Reference Tannvik, Bakke and Wisborg 5

The iconic 17-story Plasco building, the first symbol of modernity in Tehran, caught fire on January 19, 2017 at approximately 7:58 am local time (4:30 GMT). Despite all the efforts made by firefighters for over 3 hours, finally at around 11:20 am the building suffered a total vertical collapse (Figure 1). 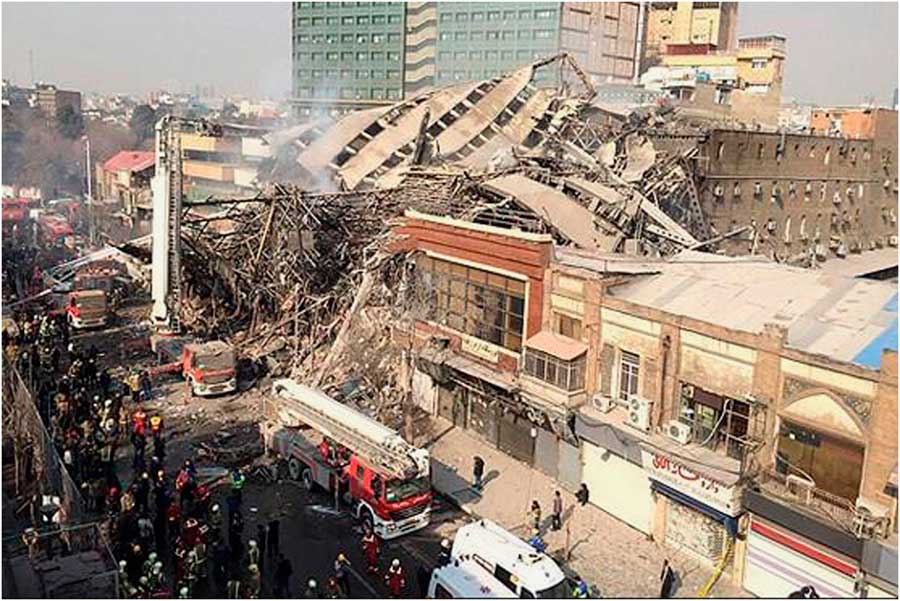 On the day of the incident, other than police officers, relief workers, and journalists, most of the people at the scene had come to satisfy their curiosity and take photos and videos. In the early hours of the event, a short video was broadcast on social networks that showed the ambulance caught in the crowd, its driver asking people to open the road (Figures 2 and 3). This incident was a clear example of unnecessary gathering and preventing the timely action (critical time) of relief teams. 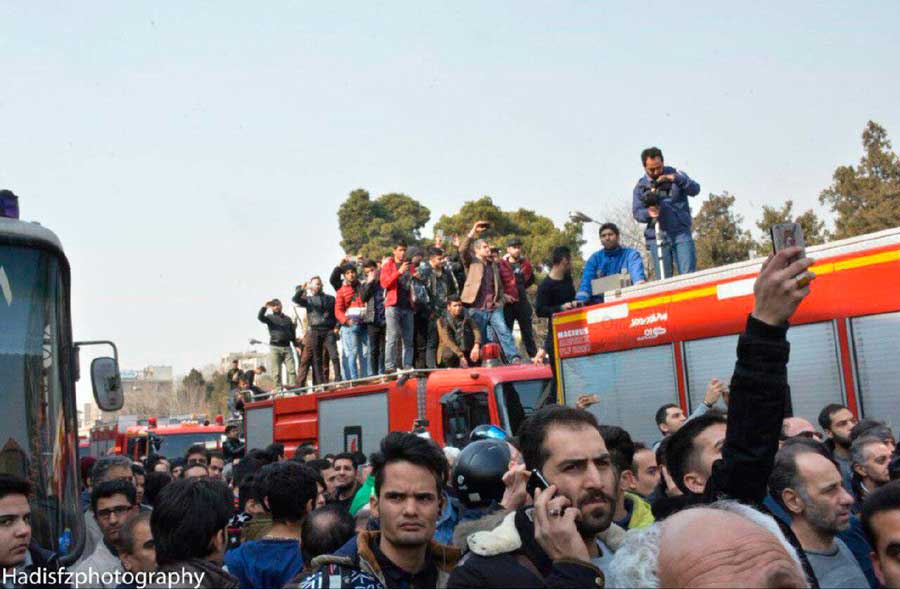 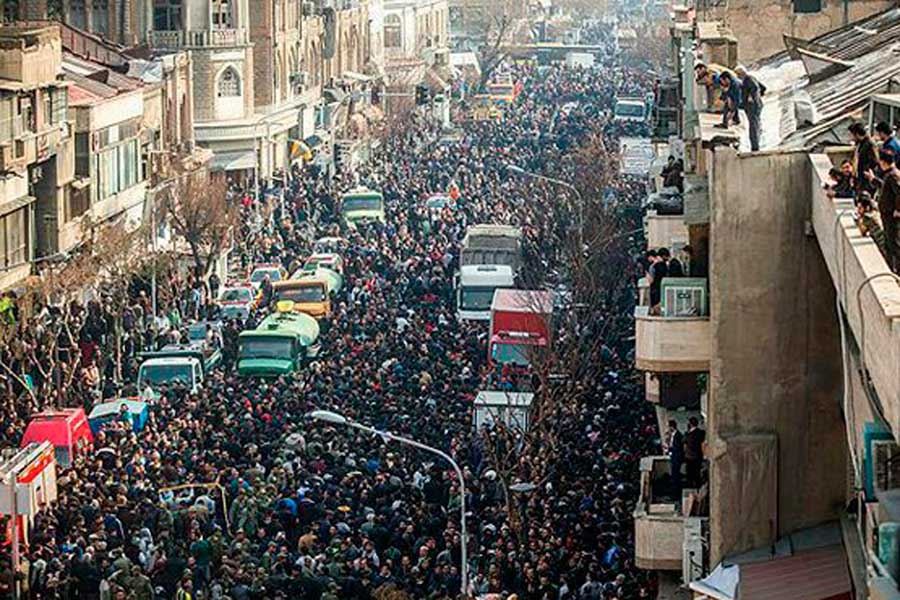 In general, bystanders are people who attend a scene after an accident. Usually these people have no knowledge about disaster relief and aid to victims and have not been trained. The accumulation of bystanders can prevent rapid relief and desirable aid to victims. Sometimes attendance at the accident scene not only does not help, but also may cause a cascade of events that brings harm to the bystanders and others.Reference Koenig 6 , Reference Malta Hansen, Kragholm and Pearson 7

Cultural beliefs and values play an important role in the presence and intervention of people at the scene of events. In a study conducted by Khorasani et al, in the cultural context of Iran, factors such as willingness to help, humanitarian assistance, individual curiosity, excitement, and disorganized cooperation lead to a crowded crash scene and poor coordination.Reference Khorasani-Zavareh, Khankeh and Mohammadi 1

An approach proposed by the World Health Organization to reduce deaths and injuries caused by accidents is to train bystanders and upgrade them to first responders. This can be a strategic and important factor in reducing mortality and complications from accidents.Reference Arbon, Hayes and Woodman 8 - Reference Callese, Richards and Shaw 11

In developed countries, educating people at the community level about how to deal correctly with scenes of incidents and injuries is implemented as a comprehensive program. For example, according to programs developed in the United States, every year 6% of the total population of the country should be trained.Reference Anderson, Cox and Al-Khatib 12

It is a fact that in most cases bystanders arrive at the scene of an incident before relief agencies do, and time is a very important factor in helping victims and reducing deaths and injuries. Therefore, attention to community education and upgrading bystanders to first responders as much as possible, especially in middle- and lower-middle-income countries, can have a significant role in reducing the complication of accidents.

This incident showed that community risk perception in various events is low. As stated in the Sendi framework (2015-2030), 13 actions must be taken to promote national strategies to strengthen public education and awareness of disaster and event risk reduction. These strategies can disseminate disaster risk information and knowledge through campaigns, social media, and community mobilization and can enhance collaboration among people at the local level to disseminate disaster and event risk information through the involvement of community-based organizations and nongovernmental organizations. Also, special mass media can increase risk perception in the community with actions such as educating and informing people about how to deal with events, what should and should not be done on the scene of an incident, how to help injured people, and how to interact with relief forces.