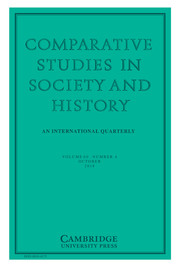 Religious Others and the French Republic

What Empires Can and Can't Do