Home
Bulletin of the British Association for American Studies
Article 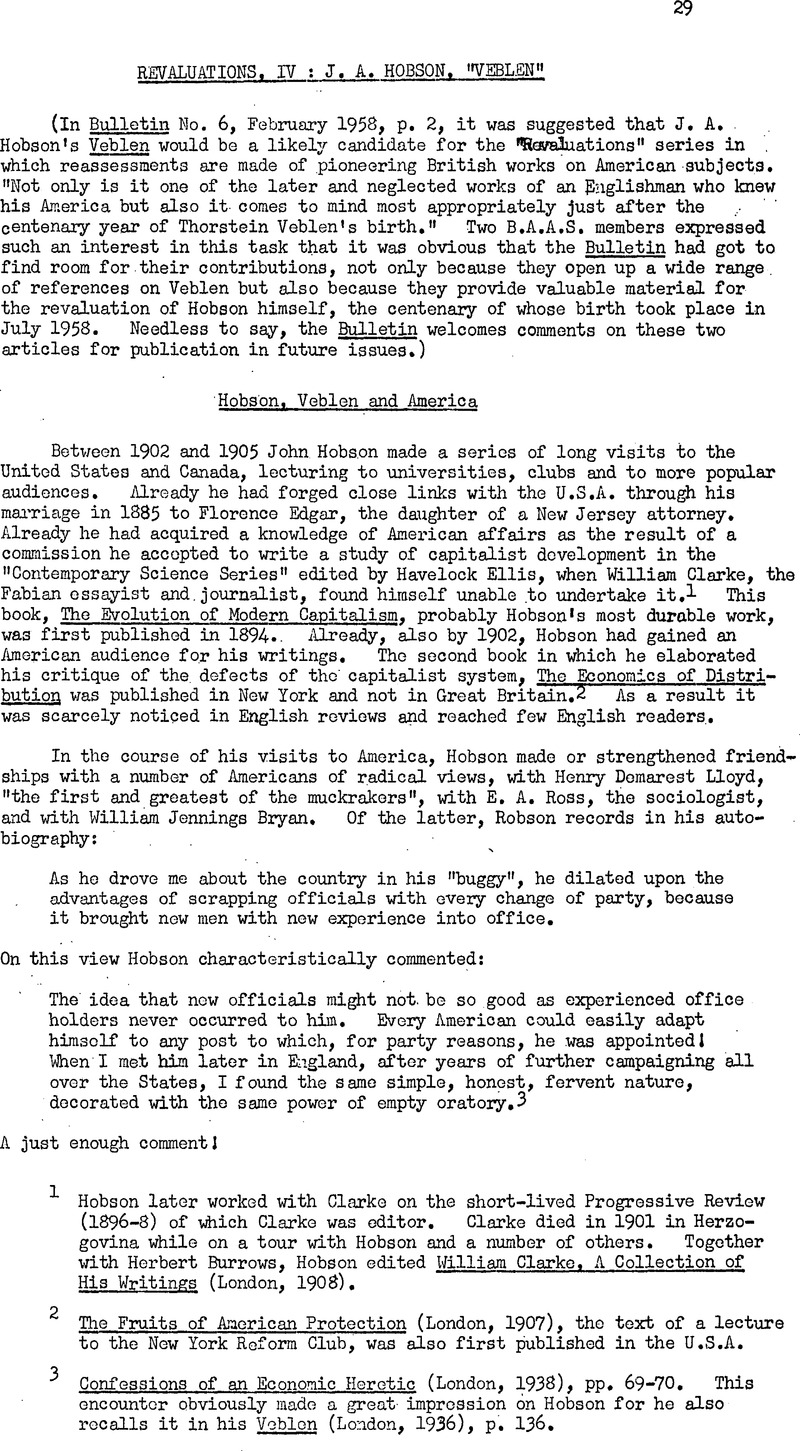 page 29 note 1 Hobson later worked with Clarke on the short-lived Progressive Review (1896–8) of which Clarke was editor. Clarke died in 1901 in Herzogovina while on a tour with Hobson and a number of others. Together with Burrows, HerbertHobson, edited William Clarke, A Collection of His Writings (London, 1908).

page 29 note 2 The Fruits of American Protection (London, 1907), the text of a lecture to the New York Reform Club, was also first published in the U.S.A.

page 31 note 2 Reprinted in The Place of Science in Modern Civilisation and Other Essays (New York, 1919). Earlier, in 1884, he had written an article on Kant's Critique of Knowledge.

page 32 note 5 Imperialism (3rd ed. London, 1938), p. 224. Yet in the Introduction to this edition (p. xxiv) he stated that “the one apparent exception to the general trend of Imperialism is the United States.”

page 33 note 1 The most direct influence has possibly been on writing about fashions. See, for example, Bell, Q.On Human Finery (London, 1948).

page 34 note 4 In his General Theory of Employment, Interest and Money, J. M. Keynes paid a generous tribute to Hobson's work, saying that the publication of The Physiology of Industry marks, in a sense, “an epoch in economic thought”. No mention of Hobson's work is to be found in Eric Roll's History of Economic Thought (1st ed. 1938, 2nd ed. 1945) but already a surer appreciation of his work is to be found in Hutchinson, Review of Economic Doctrines (1953).

Bulletin of the British Association for American Studies
×

Bulletin of the British Association for American Studies
×