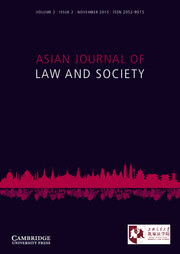 State and Personhood in Southeast Asia