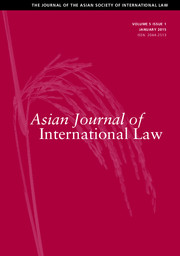 SYMPOSIUM: THE TEMPLE OF PREAH VIHEAR