Latest issue of The Americas 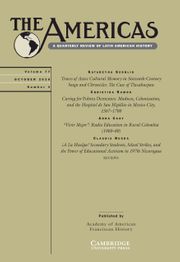