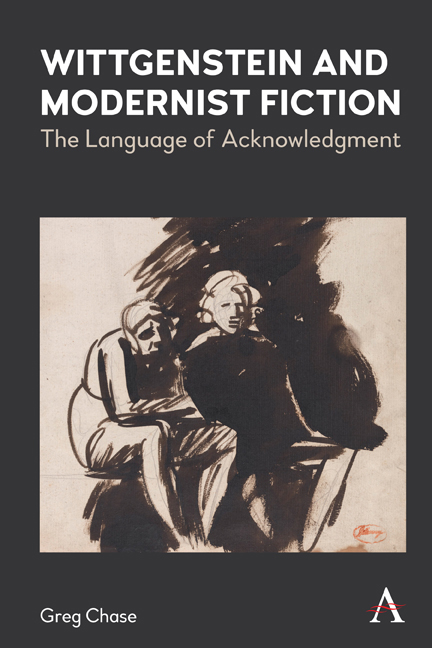 Wittgenstein and Modernist Fiction
The Language of Acknowledgment

4 - Fragmenting Families, Private Language Fantasies: Faulkner’s The Sound and the Fury and As I Lay Dying

“That the world is my world,” Wittgenstein writes in the Tractatus (1922), “shows itself in the fact that the limits of the language (the language which I understand) mean the limits of my world” (TLP, 5.62). In context, this remark helps Wittgenstein to develop his claim that language cannot speak coherently about anything “outside the world” (TLP, 6.41); since I can never view the world apart from my own subjective perspective on it, it seems that “the language which I understand” contains within it the possibilities of meaningful expression as such. In Philosophical Investigations (1953), Wittgenstein attends more fully to the diversity and multiplicity of human linguistic practices, revising his youthful assumption that the language possessed by one individual speaker might provide sufficient evidence for an overarching analysis of the relations between word and world. In the late 1920s, just as Wittgenstein began to develop his later philosophy, William Faulkner wrote the two novels that would put him on the map as a major modernist writer: The Sound and the Fury (1929) and As I Lay Dying (1930). These texts function as fictional explorations of the early Wittgensteinian notion “that the world is my world.” In both novels, Faulkner uses stream-of-consciousness narration to give voice to the inner lives of his characters, showing the inability of speakers to transcend their own subjective viewpoints and conceptions of language. Frederic Jameson has written that modernist texts take “the experience of atrocious solitude” as their fundamental theme. In this respect Faulkner's novels and Wittgenstein's Tractatus exhibit a similar modernist sensibility.

Just as the Tractatus seeks to mark out the limits of language, so Faulkner's speakers lament their own discovery of these limits. The Sound and the Fury shows the mute Benjy Compson “trying”—and failing—“to say.” As I Lay Dying contains Addie Bundren's bitter contention that “words are no good.” Faulkner scholars have long pointed to these two memorable lines as indexing broader attitudes on the part of the author toward his literary project. For example, James Snead argues that Faulkner uses Benjy's line to convey a fundamental insight about linguistic signification: “From the first word we are unable to ‘say,’ and ‘trying to say’ only worsens things.”