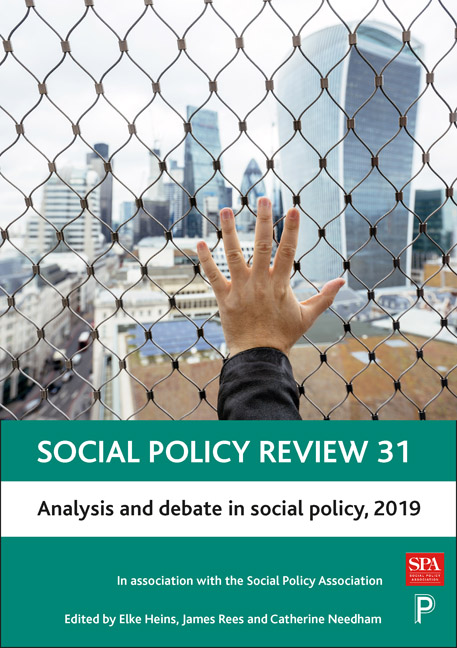 4 - Towards a whole-economy approach to the welfare state: citizens, corporations and the state within the broad welfare mix

As welfare states have evolved, so their size, complexity, aims and functions have grown. Political systems and economies have similarly evolved and morphed into different forms so that it is increasingly difficult to capture what constitutes the welfare state and its interrelated forms without looking beyond the traditional social policy lens. In this chapter, it is maintained that we need to consider the complex ways in which a whole range of public and social policies and non-state provision (including, among other things, wages, taxation, regulations and private, occupational, third sector and informal welfare) come together and, in some cases, collide to shape and reshape the overall welfare mix. In addition, we need to examine how welfare funding, service provision and welfare receipts by one party within the welfare mix sit alongside other public policies and private (including citizens’) provision, much of which does not appear on the social policy radar. In short, the focus of social policy needs to be broadened, going beyond the mixed economy towards a whole economy of welfare approach.

The structure of the chapter proceeds as follows. The first section examines the relevant literature that helps to shed light on the way in which social policy has been theorised, explored and explained. Existing literature is argued to be too narrow in focus and scope. The second section sets out and maps the whole economy of welfare approach advocated here. The third section draws on data in order to explore how different configurations of taxation, provision and regulation are distributed within different welfare states.

Section one: Pushing at the boundaries of the welfare state: considering the mixed economy of welfare

As is customary in work that seeks to look beyond the narrow frame of social welfare, our starting point is Richard's Titmuss (1958) conceptualisation of the social division of welfare approach. In carving out the emergent subject in the 1960s and 1970s, Titmuss perceived of social policy in a more radical, wide-ranging and less constrained way than many who have followed him. His social division of welfare approach recognised the important distinction between the different ways of funding and providing welfare and the implications that flow from this. In 1958, he mapped out what would later come to be known as the mixed economy of welfare or welfare pluralist approach, a typology that continues to have traction to this day.