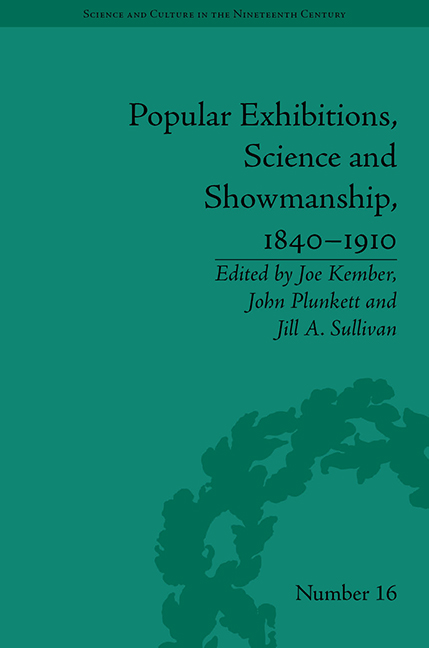 from Part IV - The Politics of Display

In May 1853, Charles Dickens wrote to his friend and illustrator John Leech asking him to join him for dinner. Afterwards he intended to pay a visit to the ‘savages at Hyde Park Corner’. The exhibition Dickens was so keen to see consisted of thirteen recently imported Zulus (eleven men, one woman and a baby born en route to London) singing, dancing and performing ceremonies designed to showcase their ethnic distinctiveness for the British public. With three performances a day, the Zulus proved to be the biggest hit of the season and the show's London run was extended a number of times before the promoters embarked on a provincial tour. Just over two weeks later, Dickens penned the most famous eye-witness account of such a show. Published in his weekly periodical Household Words, ‘The Noble Savage’ proved to be an angry and sarcastic tirade that aired his disapproval of missionary philanthropy, the theory of the noble savage and his annoyance with other patrons of the show. Other reviewers had been impressed; however, Dickens simply vented that the show was little more than ‘general stamping, ramping and raving’. Dickens was not alone in taking advantage of the opportunity to see a group of living foreign peoples perform at the local theatre. Throughout the nineteenth century, an enormous range of peoples, from Arabs to Aztecs, were especially imported and could be seen in museums, theatres, lecture halls and zoos – where they competed for public patronage with other forms of human and natural history displays, from dead Egyptian mummies to mermaids and talking fish (see the essays by Fiona Pettit, Caroline Radcliffe and Beverley Rogers in Chapters 2, 7 and 11, respectively).