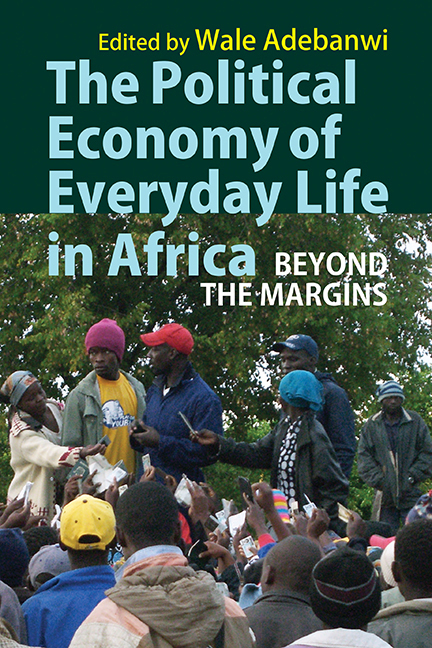 8 - The Debt Imperium Relations of Owing after Apartheid

Money is dangerous, beyond calculation, a destroyer as well as a builder of social ties, aleatory in its origins and effects. (Jane Guyer, Marginal Gains 2004: 11)

In sub-Saharan Africa in the last decade or so ‘bottom-of-the-pyramid’ (BoP) or ‘bottom billion capitalism’ has taken off. So has the associated scholarship (see for example Cross and Street 2009; Dolan and Roll 2013; Blowfield and Dolan 2014). The literature spans two distinct sets of disciplines: economics, business and development studies, on one hand, keen to think about the global margins as sites of new opportunity, and those disciplines in the interpretive social sciences and humanities, on the other, that see a new market logic at work on the global limits and about which there is some significant scepticism. In the main, the extension of micro-finance and the creation of new consumer markets aim at the inclusion of populations previously presumed extrinsic to capital. If in the past the poorest and most vulnerable were the subjects of ‘Third World’ development, they are now understood as capable of unleashing entrepreneurial potential that will bring about economic development as a consequence of sound business practice at the bottom (see for example Hart 2005; London 2009; cf. Roy 2010). Rather than ‘uplifting’ the poor, the new economics of ‘bottom billion capitalism’ casts the poor as ‘stakeholders’ and ‘change agents’ eager to use commercial acumen as a means to self-empowerment. Yet, predictably, the spread of BoP schemes also involves the spread of new technologies of ‘capture’ (Deleuze and Guattari 1987) that not only formalize previously informal modes of livelihood, but also routinely produce new relations of subjectivation (Elyachar 2005; also see Lazzarato 2011). Such technologies not only presume knowledge of the poor, they also derive from such knowledge the means to new modes of governance over marginal and vulnerable populations.