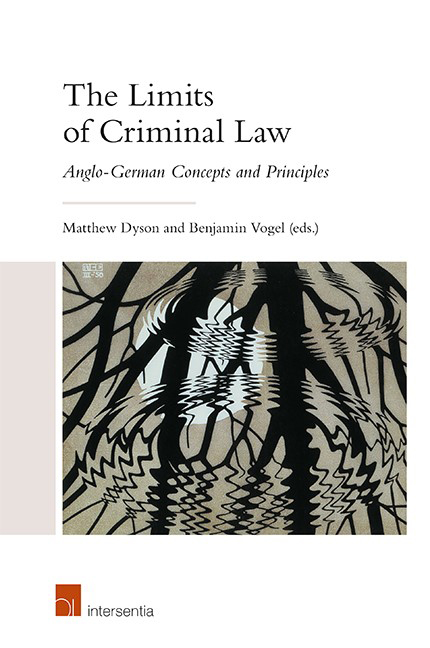 The Limits of Criminal Law
Anglo-German Concepts and Principles

The typical societal view of criminal justice consists of ‘bad guys’ being caught by the ‘cops’, of public trials, possibly appeals, and ultimately incarceration. In legal terms: once a criminal violates a pre-established criminal statue and this becomes known to the authorities, a criminal investigation is started, which leads to a formal indictment, then a public trial, culminating in a conviction (or, in rare cases, an acquittal), and then to the execution of the punishment specified in the judgment (see figure 1). This unidirectional and singular view of German criminal justice is also shared by criminal law students and university and vocational training courses on criminal procedure alike, as well as by late US Supreme Court Justice Scalia, who stated that the German criminal justice system ‘reflects an admirable belief that the law is the law, and those who break it should pay the penalty provided.’ The last three elements (public trials, appeal and incarceration) are also prominent in the German literature on criminal procedure, which focuses to a large extent on the trial and appeal stages of criminal procedure. All this reflects the deeply rooted view that criminal punishment in general and imprisonment in particular is the most severe sword in the hand of the state, which therefore needs to be constrained by material limitations to criminalisation and procedural guarantees including the right to a fair trial.

Reality differs. First of all, far from all crimes are brought to the attention of the authorities. Second, only 8.4 per cent of the roughly 5.2 million criminal cases concluded by German public prosecutor offices in 2016 resulted in a formal indictment.