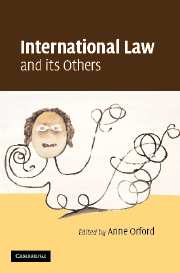 Although international lawyers thinking about global order generally focus on the interplay of nation-states and international institutions, international law as a discipline has also long sought to account for the significant role played by non-state actors, particularly corporations, in the system of global governance. From the Dutch and later the British East India Companies to the modern multinational enterprise, the enormous impact of corporate actors on the shape and content of national and transnational regulation and the significant effects of corporate activity on local and global social welfare have challenged the narrative of a world exclusively governed by states. International law has treated corporations as a subject for regulation, as an influence on regulation, and has worried that corporations might be a force that escapes regulation. Perhaps to preserve the unique sovereign character of nation-states and intergovernmental institutions, international lawyers have been hesitant to treat transnational corporations as state-like creatures. In any event, we have not traditionally thought of corporations as producers of regulation or as governance institutions.

In this chapter, I suggest that our understanding of transnational regulation and global governance would be enriched were we to think about corporations not as the ‘private’ other to the ‘public’ nation-state, but rather as legal institutions performing public regulatory functions with public welfare effects not unlike nation-states. At the same time, I suggest how a focus on the role of corporate activity and decision-making in global governance can expose new sites for political contestation and new strategies for intervention by regulators, policy-makers and activists seeking to harness and shape corporate power more effectively for the public good.