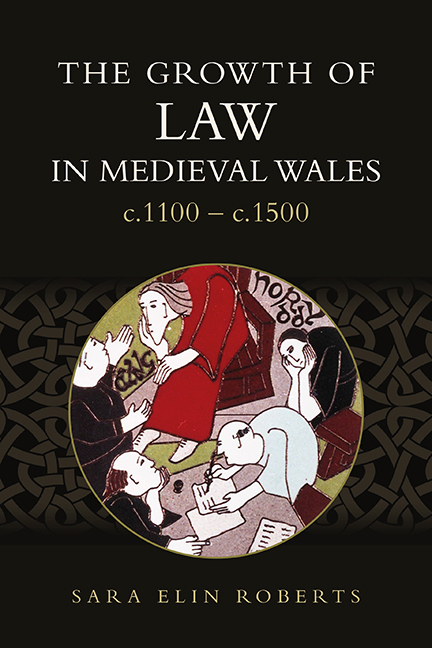 2 - ‘A Rather Laborious and Harassing Occupation’: Ancient Laws and Institutes of Wales and the Historiography of the Welsh Laws

The laws of medieval Wales are a rich and valuable historical source. With more than 40 manuscripts containing lengthy texts, there is plenty of material upon which the historian can draw – as can lawyers, legal historians and those interested in linguistics or literature. R. R. Davies declared that ‘whatever their shortcomings and pitfalls … the historian neglects the legal texts at his peril’. Davies's summary of the problems of dealing with the legal texts for historians stemmed from the problems in dating the texts, which ‘contain, pell-mell, tractates and individual dicta drawn from widely differing periods and contexts. Such chronological uncertainty is the despair of the historian.’

Davies goes on to emphasise the purpose of the lawtexts. Giving the surprising and amusing example of a husband's right to reclaim his ex-wife if he could catch her before she had finished climbing into bed with her next husband, he states that the section

has about it that air of unreality which hardly fosters confidence in the validity of the law-texts as a guide to the central issues of social custom. Such indeed they were not meant to be: they were, it must be repeated, lawyers’ manuals, not guidebooks for social observers. … [The historian] for his own part can liberate the textual expert from some of the constricting fundamentalism of textual studies of the laws, by showing how and how far Cyfraith Hywel was operated and modified in late medieval Wales.

Davies's critical point about the purpose of the lawtexts is central to my study. The same ‘constricting fundamentalism’ may account for how surprisingly few published editions or studies of law manuscripts there are, especially when set against the large number of extant manuscripts.

The textual work on the Welsh lawtexts, and in particular the work of early editors, has coloured the subject area in a very specific way. The aim of the studies was usually to understand the way the legal texts worked as texts, and to present the material in a usable way, but the editors were, on the whole, working with certain presuppositions – demonstrating Davies's ‘constricting fundamentalism’ – which led to certain parts of the texts being treated differently. Large sections of legal texts were separated and accorded a different status by editors having preconceived ideas about the genesis of the texts, and formulating a framework for some aspects.