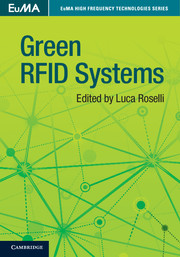 Since a beginning in the late forties, the development of solid state electronics has been characterized by relentless progress toward miniaturization and concentration of functionalities, mainly computational operations, in an ever smaller volume. This behavior was first expressed theoretically by Gordon Moore in 1964 when he formulated his greatly renowned “Moore’s Law.”

In the last decade we have experienced a fairly new scenario: on the one hand, technology development has introduced new concepts and materials. Beyond conventional semiconductors (group IV and III-V elements), carbon-based materials such as carbon nanotubes (CNT) and graphene, along with organic semiconductors, have been investigated. Focusing on substrates and supports, conventional materials (ceramics, Teflon-based, glass fiber, and so on) come alongside others that are new, low cost, easily producible in large areas, and eco-friendly. Material science, to this extent, is in its infancy, nevertheless some materials can be cited already: paper, bioplastics, PET, and likely many others in the near future. On the other hand, traditional electronics, still developing according to Moore’s Law in the miniaturization direction, often referred to as “More Moore axis,” is experiencing this inherent saturation. Incidentally, Moore himself, in a famous interview in 2004, on the occasion of the celebration of the forty years since the Moore’s Law formulation, said, referring to it: “It can’t continue forever. The nature of exponentials is that you push them out and eventually disaster happens.” He was the only one having the credibility to say that, at that time. I wish to expand a bit on this: it is a matter of fact that the ICT policy of the industrialized world, in supporting societal development and steering investments, is addressing new challenges. From the technological side, this trend can be summarized by the well known expression “More than Moore.” This emphatic expression actually means that beside investments to foster miniaturization (More Moore), technology developments have to be directed towards adding more functionalities to electronic systems. It is worth noting that this new direction is not an alternative to the previous one, instead it stimulates new investigations and new ways to exploit all the technologies developed and being developed, ultimately enabling new solutions for societal challenges and needs.