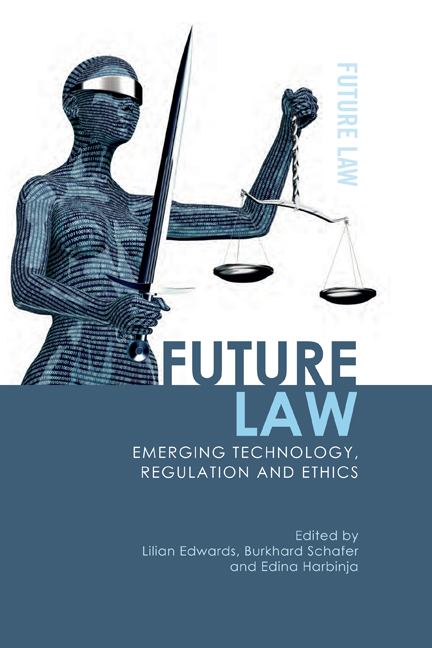 7 - Will My Genes Really Help Me Fit Into Those Jeans? Personal Genomics and Wrap Contracts

The abstract for this chapter begins with a story. This is the story of an ordinary person wanting to know more about their genetic makeup. Today, those who are interested in this can purchase genetic tests online. This industry is known either as direct-to-consumer genetic testing (aka DTC or personal genomics, and sometimes commercial genomics). It has created a market for a wide range of genetic tests, ranging from the increasingly popular tests for health and ancestry (which still lack harmonised standards) to more dubious types of tests, such as child talent, matchmaking and infidelity.

Deoxyribonucleic acid (DNA) testing is a hot topic at present for a variety of reasons. There has been significant press coverage of the Golden State Killer investigation. This was a cold case where a suspect, James DeAngelo, was identified through the process of familial DNA matching after law enforcement created a profile on the genetic genealogical database, GEDmatch based on DNA samples collected from crime scenes in the 1970s and 1980s. DeAngelo is a former police officer in his seventies, and has appeared in court in a wheelchair. Proceedings against DeAngelo are ongoing, but it is important to note that he has been cleared in relation to two of the murder charges against him, on the basis that his DNA did not match. There are also important issues at stake here including the pre-sumption of innocence until proof of guilt, and the right to a fair trial. His defence counsel has noted in relation to the press coverage of the case: ‘ “I feel like he's been tried in the press already.” ‘ This is particularly impor-tant to remember given that four of the prosecutors in this case are now seeking the death penalty. It has also emerged that prior to DeAngelo's arrest police wrongly hunted down another suspect in Oregon who was innocent and who was living in a nursing home. In May 2019 GEDmatch altered its User Policy opting its users out of law enforcement matching by default. Since amending its policy a much lower number of GEDmatch's users have opted into law enforcement matching, (approximately 50,000), which may suggest some level of discomfort with this type of secondary use.