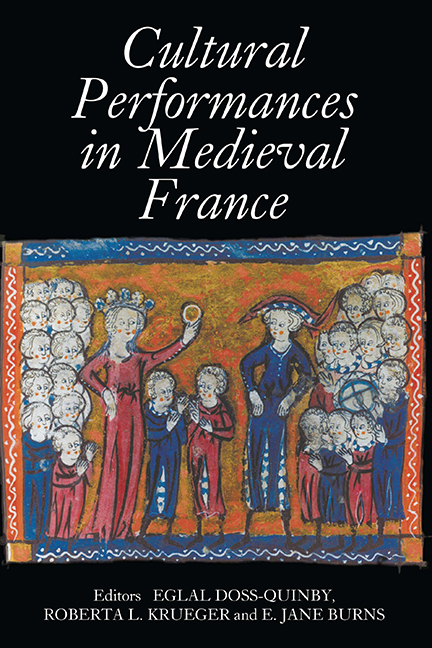 The later medieval motet has long been known for its technical virtuosity and intricate design, and for verbal and musical content of extraordinary subtlety. It is only relatively recently, however, that scholars have begun seriously to look for evidence of comparable sophistication in the large and diverse corpus of motets surviving from the thirteenth century, when the motet emerged as a distinct genre. This essay will contribute to the exploration of the thirteenth-century motet, focusing on a single two-voice composition to make its points: Ne m'a pas oublié / IN SECULUM, known from a single source, the motet manuscript Montpellier H 196, fols. 246r–v (see the facsimile in Fig. 1, and my transcription in Ex. 1). This work is unlikely to have had a wide circulation: It may never have existed in more than a handful of copies. And, there is no reason to suppose that it is significantly older than the Montpellier manuscript itself, or that it originated far from the place where that book was copied – that is, that it was written any earlier than the 1260s or 1270s, and anywhere other than in Paris.

With its motetus setting a poem in French and its tenor borrowed from plainchant, the two voices of Ne m'a pas oublié constitute a “typical” motet in most respects. Nevertheless, its use of a single vernacular text places it close to the boundaries of what we might understand a “motet” to be, as something of a hybrid, half motet, half accompanied song. Such works were not carefully transmitted on the whole, perhaps because the kinds of manuscripts in which they were often collected, chansonniers and the like, were likely to be unused to the precision and technical expertise required for the writing down of musica mensurabilis. The skillfully notated fascicle of two-voice French motets in Montpellier H 196 is something of an exception, therefore. And Ne m'a pas oublié enjoys a rather exceptional position within that collection: Although it is situated in the middle of the Montpellier corpus of two-voice French motets, it appears at the beginning of a gathering. This strategic location suggests that it may represent the start of a self-contained libellus within the larger collection, a possibility strengthened by the elaborate illuminations that grace the motet.