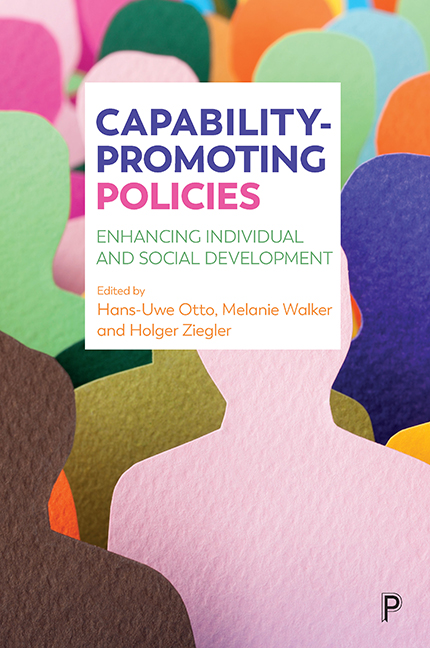 Eleven - The capability approach and a child standpoint

Policy is focused on the identification of actual or anticipated problems and on responses to those problems. It refers to ‘the principles that govern action about means as well as ends and it, therefore, implies change: changing situations, systems, practices, behaviour’ (Titmuss, 1974, p 138). Social policy, which is the focus of this chapter, can be defined as ‘the actions taken within a society to develop and deliver services for people in order to meet their needs for welfare and wellbeing’ (Alcock, 2008, p 2). Determining the actions that should be taken to enhance welfare and wellbeing is by no means a straightforward task. In developing social policies, policymakers are faced with the complexities, diversity and messiness of people's real lives, lived within complicated webs of interpersonal relationships and within broader macroeconomic and social structures.

Scholars and practitioners of policy have long debated how policy is, and should be, developed and analysed. On the one hand, evidencebased policy is presented as objective and value-neutral – a means of allowing policymakers to manage economic and social affairs in ‘an apolitical, scientized manner such that social policy is more or less an exercise in social technology’ (Schwandt, 1997, p 74). In some quarters, such an approach is considered essential if policy is to accurately identify the problems that demand action, and to ensure that the resulting action is scientifically based and unbiased. On the other hand, the interpretivist turn in policy analysis has recognised that policymaking is deeply normative. Interpretivist policy analysts have challenged the notion that policy is made only on the basis of data resulting from econometric modelling and longitudinal and experimental research, which is devoid of values (Sanderson, 2002). Rather, they suggest that policymaking is necessarily embedded in the values, norms and politics of a society and its political, social and economic systems. Dryzek (2002, p 214) has aptly described policymaking as ‘a process of deliberation which weighs beliefs, principles, and actions under conditions of multiple frames for the interpretation and evaluation of the world’.