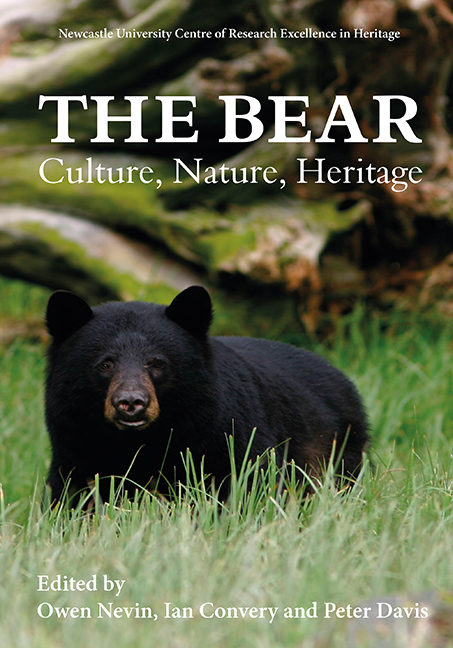 Foreword: The Bear: A Cultural and Natural Heritage

Few animals evoke such a range of attitudes in people as bears do. As large iconic predators capable of competing with humans far back in time, their stature and behaviour places them as an alien culture, often in conflict with people's endeavours. The wonderfully exact drawings of bears in the Chauvet Caves of France suggest that worship and respect for bears goes back at least 30,000 years. While indigenous people in North America have co-existed with brown bears for millennia, the proprietorial mindset of trappers, settlers and colonists from Europe succeeded in almost extinguishing the species everywhere settlement occurred. Only in national parks and remote wilderness do grizzlies survive in the contiguous United States and Canada; even there, the ebb and flow of legal battles rages on.

Among the many regions on earth where the diminishing numbers of the eight species struggle to survive, bear habitat is being lost due to the activities of billions of humans. Even where wild country is adequate for the survival of residual populations, those formerly wilderness areas suffer from human intrusion. When, because of habitat loss, bears move out into human-occupied zones there is always the potential to create conflicts. Negative impacts can also be indirect on bears in remote areas, as with polar bears, where toxic chemicals in ocean and air currents are sterilising bears and global warming continues to shrink their habitat and seal diet.

The organisers of this volume invited authors to deliver topics that will appeal to a wide international audience. Unlike many proceedings of scientific conferences and symposia on specialised aspects of bear ecology, behaviour and management, the author-editors have mapped new avenues to advance solutions. It is a most propitious time to have scholars with broad experience contribute current results from many parts of the world. The reader cannot fail to recognise how many of the threats and conflicts in human-wildlife relations are similar around the globe. Concomitant benefits from this revelation of ideas for management applications are policies that preserve bears, such as engaging local people and integrating their needs along with those of the threatened bears. This is especially well done in the cooperative work in Peru for Andean or spectacled bears. The results are heartening, indeed.