from Part I - A Children’s Rights Approach to Sustainable Development

from PART II - RIGHTS AND RESPONSIBILITIES IN SPECIFIC CONTEXTS 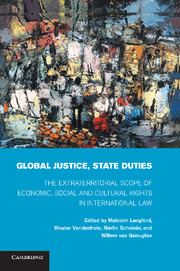 from Part IV - Division of Responsibility