from Part I - History 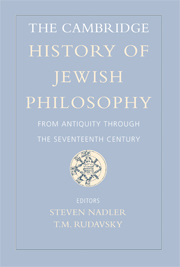 from PART III - THE LATER YEARS