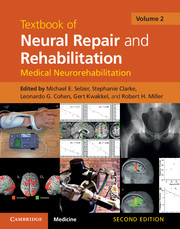 from Section 1 - Technology of neurorehabilitation: outcome measurement and diagnostic technology

from Section 5 - Determinants of regeneration in the injured nervous system

from Section B2 - Determinants of regeneration in the injured nervous system

from PART I - INTRODUCTION AND GENERAL PRINCIPLES