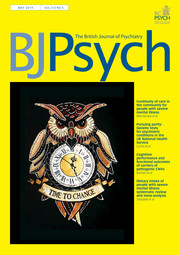 Louise ‘Fifties' O'Donnell is an illustrator, graphic designer and DJ from the Ballymena area. Scribbling and drawing since she could hold a pencil, her love for all things creative was apparent from a very young age.

After 20 years of honing her skills, she graduated with a BA Hons in illustration at Lincoln University. From here, she gained experience as a graphic designer working at a local newspaper and further from that an illustrative designer at a design and marketing agency.

In 2008, her circumstances changed and she decided to move back to Northern Ireland. These events took a toll on her mental health and she became unwell, finding herself in Holywell intensive care with symptoms of paranoid schizophrenia. With no access to computers or internet, she regained her love for painting and drawing, inspired by coastlines, countryside and creatures (the title off her first solo exhibition). It gave her a spark of hope where there wasn't much at all.

“The ‘Time To Change' Owl is important to me as it is based on an owl pendant I got as a gift whilst in hospital.” says Louise.

As for the slogan, ‘Time to Change' was formed in 2007 by mental health charities MIND and Rethink Mental Illness, aiming to reduce mental health-related stigma and discrimination. It is particularly relevant here in N.Ireland as it has the highest suicide rate in the UK.