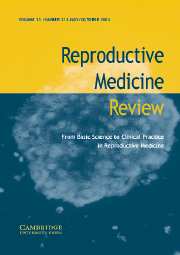 There is ample evidence from animal and human observations that extremes of body weight influence reproductive processes. Women who are under a certain weight or body mass index are less likely to cycle regularly, have more difficulty in getting pregnant and have smaller babies. Those who are overweight also suffer serious reproductive problems in that they have a greater risk of oligo- or amenorrhoea, infertility and gestational diabetes. Several large epidemiological studies indicate that reproduction is adversely affected by excess weight. Two of the largest studies (Nurses' Health Study and the British Birth Cohort Study) that convincingly show that being overweight impairs menstrual and fertility function indicate that the greater the body weight and body mass index (BMI), the more significant the effect. Being overweight in adolescence appears to affect reproductive function later in life.