In Honour of Richard Swinburne 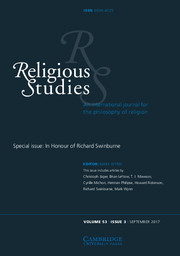