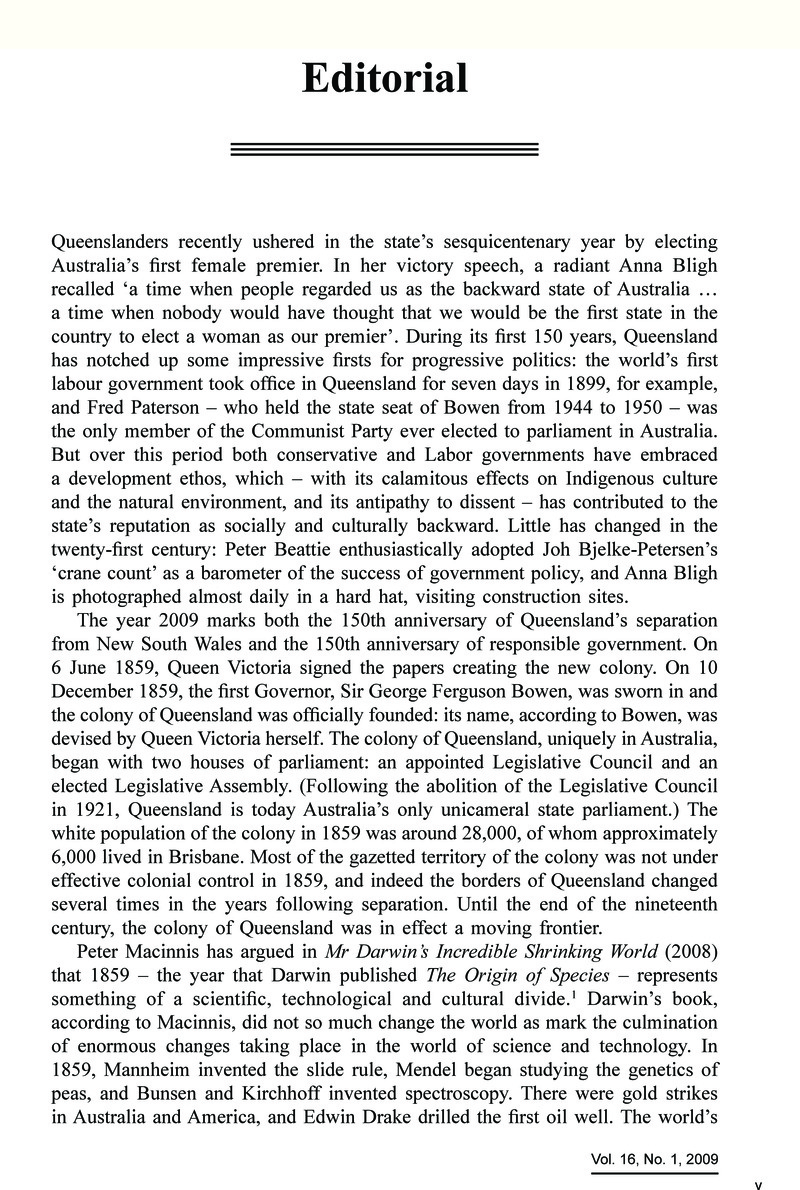 3 Chubb's ode was published as a leaflet, and perhaps also presented to the Governor. In a column entitled ‘Flunkeyism’ in the Moreton Bay Courier on 8 December 1859: 2, ‘North Australian’ reports that Mr Chubb ‘has provided himself with an ode printed on satin, which he is going to present in person to the representative of her Majesty. This ode is, we learn, a most ridiculous piece of nonsense, such verses as neither men nor gods tolerate, and worse than all is not even original, since our informant assures us that he saw it in manuscript some twelve months ago, but that it has been cut and patched to fit the present occasion. Now we hope and trust that C.F. Chubb, Gent., in the strength of his ignorant presumption will yet be merciful, and that the representative of our Most Gracious Queen will not be nauseated by a piece of intolerably fulsome adulation thrust in his face. Save us, Oh Chubb! save our Governor and thine from the consequences of the act thou hast instituted; and we implore thee to reflect – if thou canst reflect – that emetics are neither necessary nor grateful after a “sea change”.’ Governor Bowen arrived in Brisbane two days later, on 10 December 1859; the Moreton Bay Courier does not report whether or not Chubb decided to be ‘merciful’.

5 Cilento, Raphael Sir with Lack, Clem, Triumph in the Tropics: An Historical Sketch of Queensland (Brisbane: Smith and Paterson, 1959).