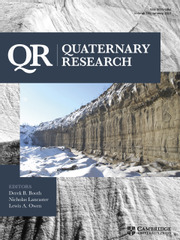 Contributions to the Quaternary Research Forum