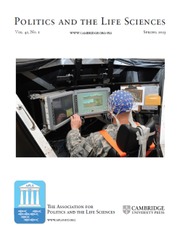 Darwin and the Declaration

Does the prima facie contradiction between the Declaration of Independence's description of the separate and unique “creation” of human beings and Darwin's evolutionary account indicate a broader contradiction between theories of human rights and Darwinian evolution? While similar troubling questions have been raised and answered in the affirmative since Darwin's time, this article renews, updates and significantly fortifies such answers with original arguments. If a “distilled” formulation of the Declaration's central claims, shorn of complicating entanglements with both theology and comprehensive philosophical doctrines, may still be in contradiction with Darwinian evolutionary theory, this should be cause for substantial concern on the part of all normative political theorists, from Straussians to Rawlsians. Despite the notable recent efforts of a few political theorists, evolutionary ethicists and sociobiologists to establish the compatibility of Darwinian evolutionary theory with moral norms such as the idea of natural or human rights, I argue that significant obstacles remain.

Darwin and the Declaration
×

Darwin and the Declaration
×

Darwin and the Declaration
×
×