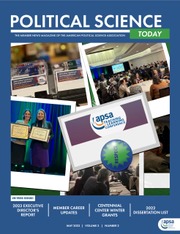 As I write this in mid-January 2021, I am deeply saddened by the events surrounding the 2020 Election and the ensuing violent attack on the United States Capitol, a global symbol of representative democracy. The heart of democracy and the rule of law were battered by the efforts to disrupt the certification of a free and fair presidential election. The deepening erosion of democratic values, about which so many political scientists have sounded the alarm, has been disheartening. During a time in which we might otherwise take for granted the peaceful transfer of power as a hallmark of our American democracy, we instead are coming to terms with the real threat of violent extremism against our democratic institutions around the country. As scholars and educators, we have a unique opportunity and duty to commit ourselves to recognize and combat all systems of oppression—those based on race, ethnicity, gender and gender identity, sexuality, poverty, ability, nationality, religion, and more. During times of moral crisis, this is an obligation we cannot shirk. The insurrection at the Capitol underscores the importance of both understanding the drivers, mechanisms, and consequences of politics and communicating these findings to a broad audience. 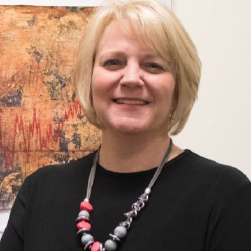 The research and civic engagement of political scientists worldwide directly impacts the building of more inclusive, equitable, and anti-racist societies for all and supports a deeper understanding of democratic principles. It is incumbent upon us as political scientists to call out, identify, challenge, and systematically address the roots of armed extremism advancing hatred, racism, and xenophobia. Political Science Today provides a promising path for amplifying our research and disseminating our collective knowledge in ways that can effectively engage broader publics, enhancing the contributions of political scientists to civic life.

The flexibility afforded us through Political Science Today provides opportunities limited only by the imaginations of political scientists everywhere. I expect that the magazine will evolve to be a showcase for our discipline’s value and bring in readers and contributors from careers in all sectors—industry, government, nonprofits, and academia. Our discipline is more relevant, nimble, valuable, and impactful when we welcome in political scientists from the wide range of careers we pursue. We need the expertise and perspective of every one of us. I hope that the magazine will also be engaging for our undergraduates, providing accessible accounts of the latest political science scholarship that can spark future career aspirations. I believe deeply in the power of a political science education as a foundation for making a difference in the world. I also believe Political Science Today will strengthen APSA by helping political scientists to connect with colleagues across institutions and industries and to find their own ideal career paths.

In sum, I look forward to the new magazine advancing the aspirations—and touting the accomplishments!—of political scientists all over the world. By leveraging our diversity, sustaining our commitment to equity and inclusion, and celebrating excellence in research, teaching, and service, we can accomplish so much. Political Science Today is a new and promising platform for communicating and furthering our collective goals. ■