Please note: Due to updates on the Cambridge Core platform, article purchase is currently unavailable. If you have any urgent queries, please contact our technical support team - https://www.cambridge.org/core/help/diagnostics 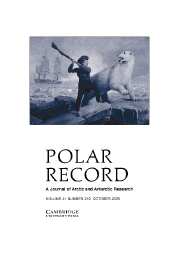