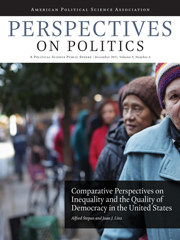 Review Symposium: Ethnicity and the Politics of Aids