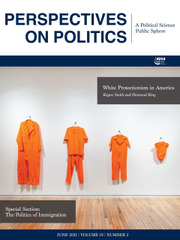 Special Section: The Politics of Immigration