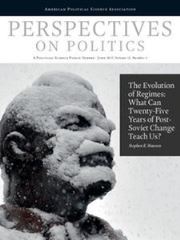 Review Symposium: The Federal Reserve and the Management of Capitalism