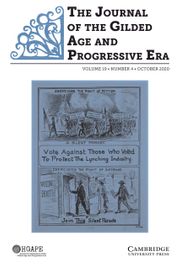 Special Issue: The Nineteenth Amendment at 100