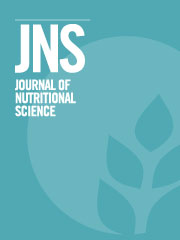 This is an Open Access article, distributed under the terms of the Creative Commons Attribution licence (http://creativecommons.org/licenses/by/4.0/), which permits unrestricted reuse, distribution, and reproduction in any medium, provided the original work is properly cited.
Copyright
Copyright © The Author(s) 2017

Malnutrition is a state of nutrition in which a deficiency or excess, or imbalance of energy, protein and other nutrients causes measurable adverse effects on tissue/body form, body function and clinical outcome( Reference Remy Meier 1 ). The human liver is an important regulator of metabolism, storage, synthesis and absorption of nutrients( Reference Cheung, Lee and Raman 2 ). Nutritional deficiencies are common among people with chronic liver disease, especially in children( Reference Mager, McGee and Furuya 3 – Reference da Silva, Ferri and Nascentes Queiroz 5 ). The malnutrition prevalence in children with chronic liver disease may range from 9·1 to 71·1 % depending on the severity of liver disease( Reference da Silva, Ferri and Nascentes Queiroz 5 – Reference Santetti, de Albuquerque Wilasco and Dornelles 7 ). The development of malnutrition in childhood liver disease is complex and involves multiple mechanisms, including decreased dietary intake, impaired nutrient digestion and absorption, increased energy requirements and disordered substrate use( Reference Protheroe 8 – Reference Francavilla, Miniello and Brunetti 10 ). Liver disease patients with malnutrition have greater incidence of complications( Reference Huisman, Trip and Siersema 11 , Reference Sam and Nguyen 12 ). They have higher risk of infections, longer hospital stay and cost, and increased mortality after liver transplantation compared with well-nourished patients( Reference Merli, Giusto and Gentili 13 – Reference Alonso, Martz and Wang 16 ). In addition, patients’ nutrition status is one of the effective factors on the prognostic variables during liver transplantation( Reference Alonso, Martz and Wang 16 , Reference Haseli, Hassanzadeh and Dehghani 17 ). Therefore, it is very important to assess the nutrition status of paediatric patients with chronic disease, including chronic liver disease.

This single-centre, cross-sectional prospective study was performed at the Department of Gastroenterology, Hepatology, and Nutrition, the Shanghai Children's Hospital, China. Patients were recruited from December 2013 to March 2016. Hospitalised patients, aged from 1 month to 5 years, with a diagnosis of liver disease were recruited in the study period. The diagnosis of liver disease is defined as satisfying at least one of the following clinical manifestations: hepatomegaly, jaundice and alanine transaminase (ALT) >80 U/l. This study was conducted according to the guidelines laid down in the Declaration of Helsinki and all procedures involving human subjects were approved by the Shanghai Children's Hospital Institutional Review Board. Written informed consent was obtained from all the guardians of participants.

Anthropometric measures were completed within 24 h of admission, including weight and length/height. Children younger than 3 years and weighing up to 10 kg were measured in an electronic baby scale (SECA 335) without clothes and nappy; an electronic personal scale (SECA 704s) was used to measure children older than 3 years. Patients were evaluated barefoot and, usually, only with underwear. The equipment was checked before use. Data were analysed using the software Epi info version 3.5.4 (Centers for Disease Control and Prevention), and converted to the following variables: height-for-age Z-score (HAZ), weight-for-age Z-score (WAZ) and weight-for-height Z-score (WHZ). Nutrition risk and malnutrition were defined according to Z-score (nutrition risk: −2 ≤ Z < −1; moderate malnutrition: −3 ≤ Z < −2; severe malnutrition: Z < −3), while stunting, underweight and wasting were defined according to HAZ (HAZ < −2), WAZ (WAZ < −2) and WHZ (WHZ < −2), respectively.

Statistical analysis was performed by SPSS 20.0 software. The data are shown as medians and interquartile ranges (25th–75th percentile), or means with standard deviations, and compared using the non-parametric Mann–Whitney test. The distribution of dichotomous variables was compared using the χ 2 test. The logistic regression model was generated using variables including sex, age, ALT > 80 U/l, cholestasis and aetiology, in which aetiology was a categorical variable. The method of logistic regression model was ‘enter’. A P value of <0·05 was considered to be statistically significant.

Prevalence of nutritional risk and malnutrition

Table 2. Prevalence of nutritional risk and malnutrition of the patients with liver disease

(Numbers of children and percentages)

Table 3. Comparison of malnutrition prevalence in patients with and without cholestasis

(Numbers of children and percentages)

Table 4. Z-scores of the anthropometric results of the whole group of patients and stratified according to the presence of cholestasis

Nutritional deficiencies are common in children with chronic liver disease, especially when cholestasis is present and its onset occurs in the first year of life. Therefore, nutritional evaluation of these children is essential. In the present study, in order to provide reference for rational application of nutritional support, we examined the nutritional status of hospitalised children under 5 years old with a diagnosis of liver disease in a single paediatric centre in China. Finally, 380 in-patients were recruited in the study period. Clinical characteristics showed that 40·5 % subjects had cholestasis, 56·1 % cases had hepatomegaly, 50·3 % subjects had jaundice, and 262 (68·9 %) cases had ALT more than 80 U/l. The main aetiologies of liver disease were structural abnormalities, genetic/metabolic disorders and infectious disease. Nutrition assessment results showed that the prevalence of stunting, underweight and wasting was 9·8, 9·0% and 7·9 %, respectively, which was greater than the overall malnutrition rate of paediatric in-patients in Shanghai (stunting 7·1 %, underweight 5·5 % and wasting 5·2 %, respectively) reported in 2007( Reference Tao, Xu and Tang 19 ), and much greater than the overall rate of malnutrition in children under 5 years of age in cities of China in 2002 (stunting 4·9 %, underweight 3·1 % and wasting 1·8 %, respectively)( Reference Li, Rao and Kong 20 ). Severe malnutrition in wasting was greater than that in paediatric hospitalised patients in Germany (3·7 v. 1·7 %)( Reference Pawellek, Dokoupil and Koletzko 21 ). It has been suggested that liver disease is more likely to cause malnutrition, especially severe malnutrition, than other diseases in children. However, the malnutrition prevalence was lower than in a recent study in Brazil (stunting 50·0 %, underweight 27·3 % and wasting 11·1 %, respectively)( Reference da Silva, Ferri and Nascentes Queiroz 5 ). The difference may be attributed to the course and severity of the liver disease.

The authors are aware of limitations of the present study. In this study, children with liver disease had a variety of causes, and in different course and severity of disease, while the nutritional assessment was performed in a single moment. Another limitation is that body weight can be overestimated in cases of visceromegaly, ascites and peripheral oedema, at least in part, so weight for age, weight for height and BMI may underestimate the degree of undernutrition in children with chronic liver disease. The European Society of Clinical Nutrition and Metabolism (ESPEN) 2006 guideline recommends using Subjective Global Assessment and anthropometry to identify patients with cirrhosis who are at risk of undernutrition( Reference Plauth, Cabre and Riggio 23 ). Some studies suggest that triceps skinfold thickness, mid-arm circumference, arm muscle circumference, global assessment of nutritional status and handgrip strength are indices which can better reflect the nutritional risk and the severity of cirrhosis in patients with chronic liver disease( Reference da Silva, Ferri and Nascentes Queiroz 5 , Reference Houissa, Salem and Debbeche 24 , Reference Alvares-da-Silva and Reverbel da Silveira 25 ). Thus, it is necessary to include more sensitive parameters to better evaluate the nutritional status of children with liver disease in the future.

The authors have no conflicts of interest to disclose.

Both authors contributed equally to this study.

Table 2. Prevalence of nutritional risk and malnutrition of the patients with liver disease(Numbers of children and percentages)

Table 3. Comparison of malnutrition prevalence in patients with and without cholestasis(Numbers of children and percentages)

Table 4. Z-scores of the anthropometric results of the whole group of patients and stratified according to the presence of cholestasis(Z-scores and standard deviations)