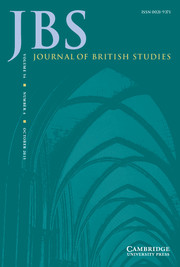 Roundtable: Imperial History by the Book: A Roundtable on John Darwin's The Empire Project