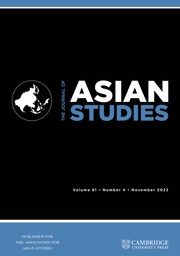 What does it mean to tell a truth from a lie? Margaret Key introduces Abe Kōbō as a literary maverick, a heterodox figure in the postwar Japanese literary landscape. Against those who label Abe as an “anti-realist,” Key argues that his realist agenda, bound up with experimentation in reportage and documentary forms, was a crucial component of his life's work. She explains how Abe advanced a new genre of realism through integrating documentary and detective narrative form in reacting against ari no mama (“as is”) realism, which prevailed in the mainstream documentary literature of the 1950s and 1960s. To this end, Abe adopted avant-garde literary and documentary techniques as tools for challenging the audience to confront and expunge various forms of myth, such as kyōdōtai (collective body) and furusato (nostalgia for hometown). Aligned with leftist intellectuals of his time, Abe saw such ideals as a social veneer that prevents citizens from grappling with issues of corruption and hypocrisy in postwar industrialized Japan. Key claims that existing research on Abe's work has mainly focused on his prose fiction and theatrical plays, but with little attention being paid to mass-media genres of radio and television drama and film.

Key's main contribution lies in her careful dissection of Abe's writings (including obscure essays and plays) that sheds light on how he developed his particular angle on realism during the two decades following World War II. She describes how Abe abandoned the Marxist view of reality as a struggle against socioeconomic oppression and turned to other forms of social critique in order to reveal his “claim to truth.” As early as in 1957, he criticized the state-monopoly capitalism in the transportation industry in his documentary novel called Michi (Road).

In chapter 2, Key offers a close reading of Ishinome (Eye of the stone, 1960), interspersing passages from Abe's critical essays and important sociopolitical movements that influenced his choice of topics. For example, Ishinome was published during the height of the Anpo movement in the early 1960s, when student and leftist political groups demonstrated against the renewal of the Japan-U.S. Security Treaty. Key explains how Abe's work took up the citizens' struggle against the political-industrial establishment by reporting on the Shimouke Dam opposition movement in Kyushu. His reportage piece, “Jiken no haikei” (Background to the incident), shatters the myth of public dam as beneficial to society and argues against the monopoly electric companies occupy within the mechanism of Japanese capitalism. Based on the reportage piece, he then adopted the detective narrative form in writing Ishinome, uncovering the competing subjectivities of characters involved in building a faulty dam while providing the reader another vista for perceiving reality through the “eye of the stone.” It is startling to note how the messages of this novel hold water half a century later when the myth of public safety was brutally shattered by the collapse of a nuclear plant during the tsunami disaster in 2011.

In chapter 3, Key examines the mass-media forms and cross-genre art in the television drama Mokugekisha (Eyewitness, 1964) and the play Mitsuhi no koi (Willful negligence, 1971). Abe's approach to theater inhabits the space between two main streams of postwar theatrical movements: shingeki (new theatre) and angora (underground). Rejecting the psychological theatre of catharsis, Abe's approach to critical engagement derives from Brecht and the Theatre of the Absurd (p. 102). Key situates Abe's approach to documentary art within the movement led by the Kiroku Geijutsu no Kai (Documentary Arts Group) and alludes to literary influences (notably, Edgar Allan Poe, Lewis Carroll, Franz Kafka, and Ilse Aichinger) that shaped Abe's concept of realism, which he called “literature of hypothesis” (kasetsu no bungaku) (p. 128). As evidenced in Mokugekisha, he raises questions about the truth-status of apparent “facts” by engaging the viewer as secondary eyewitness to the islanders' testimonies on a murder case and rendering the process of documentary filmmaking fallible.

Chapter 4 poignantly demonstrates Key's ability to construct a thorough and penetrative reading of Abe's major novels. By probing into Abe's private notes, essays, and other writings from the same period, she formulates a richly nuanced reading of Tanin no kao (Another's face)—arguably the most complex and perplexing work written by Abe. The protagonist, who suffers a facial burn from an industrial accident, constructs a lifelike mask and exploits his anonymity in order to seduce his wife. While he intends to trick his wife into admitting adultery, in the end, the man is shamed into realizing that his wife had seen through his masquerade. Devastated by her rejection, he sets out to assault her; at this precise juncture, the narrator's tense shifts from past to present to imply that the story continues past the end of the novel. From a metafictional perspective, Key insists that the novel presents a violation of boundaries; at the end of the novel, the reader is caught between narrative levels in a fictional world that offers no closure (p. 150).

In sum, Key offers a critical reading of Abe's writings with references to the literary agenda of the time, but she also intermixes a wide range of critical literary theories to construct a cross-cultural framework. These include Kiyoteru Hanada's concepts of sur-documentarism based on the “sublation” of fiction and documentary (p. 26), Russian formalist writer Tzvetan Todorov's concept of “double structure” in the detective novel (p. 22), Gérard Genette's theory of focalization (p. 47), and Nichols's concept of “reflexive documentary” (p. 90). To this reviewer, Key's close readings focused on documentary and realism are enriching, but confining at the same time. How her readings intersect with critical avenues offered by other scholars needs elaboration. One is left wondering how the Marxist and feminist critical angles introduced by Nina Cornyetz on Suna no onna (Woman in the dunes) in The Ethics of Aesthetics in Japanese Cinema and Literature relate to Key's methodology. What about Christopher Bolton, who adopts Mikhail Bakhtin's theory of novelistic heteroglossia in reading Abe's work through the combined languages of science, psychology, and I-novel in Sublime Voices: The Fictional Science and Scientific Fiction of Abe? Moreover, how Abe continues to develop his metafictional approach in his later works, e.g., Hako Otoko (Boxed man, 1973), Kangaroo Note (1991), and Tobu Otoko (Flying man, 1994), could be broached.

Withstanding such concerns, this is an illuminating book that complements existing English-based scholarship on Abe. While a basic knowledge of critical literary theories is needed for full comprehension of Key's approach, it could easily be adopted for use in seminars on East Asian or comparative literature at the upper-level undergraduate or graduate level.