Persons with disabilities in armed conflict 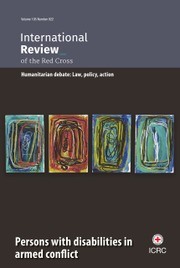