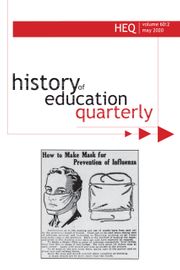 History of Education in the News