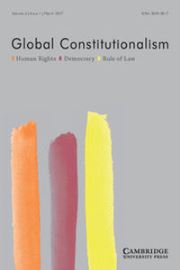 Special Issue: Constitution-making and political settlements in times of transition