Economics and Philosophy on Ambiguity Aversion 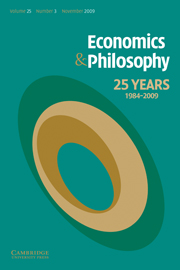