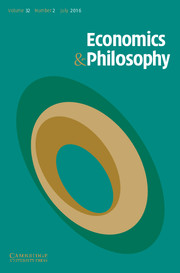 Symposium on Rational Choice and Philosophy