The Legacy of Nicki R. Crick's Contributions to Developmental Psychopathology 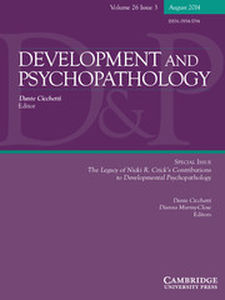