Burdens and Beginnings: Rebuilding East and West Germany after Nazism 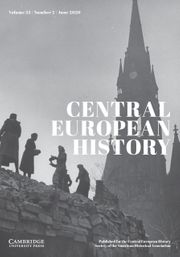